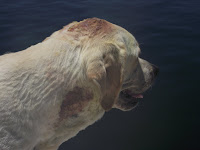 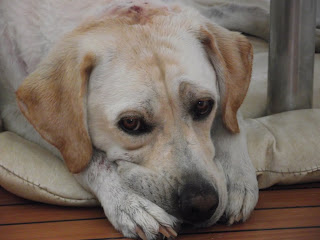 What a time we have had since last writing in Loreto! There's been lots of different things happening, so this posting with be a smattering of this, and a tidbit of that.

The winds from the south have continued on for weeks now, making our passage northward, one long, fun sail. We have rarely needed the engines and have used only 12 gallons of deisel since leaving La Paz - 224 miles away! It's a major break-through for us power-boater people. We are continuing to work on our sailing skills and have pretty much perfected the "wing on wing" procedure for our boat. We still pull out our "Start Sailing Right!" book that we got 15 years ago from a lazer sailing class on a lake, and use it to figure out the best sail configurations for the wind. Thank God the Lagoon has a fairly simple sailing design with only two sails. I can't imagine knowing how to sail one of those "pirate" ships with multiple masts and sails.

North from Loreto, our first stop was San Juanico. As always, SJ is a beautiful anchorage, though it is not the most protected one you could find in a south wind. Despite that, we stayed through the swells since the anchorage was also home to Adios III and Iweld - both kid boats with "tweens and teens". For three days, it was teen heaven for Jack (and a nice break for Patrick and me). When Jack's busy with other kids, we get a little alone time - something that can be hard to come by in this lifestyle.

Finally the others departed and we moved around the corner to La Ramada. a tiny cove with superior south wind protection. Though nothing too beautiful to look at, La Ramada has become one of our top three favorite anchorages. It is not visited as often since it is so close to stunning San Juanico, and so the snorkeling is FANTASTIC. We snorkeled every day and saw things that we had not seen in two years of snorkeling - huge sea turtles, poisonous scorpionfish, big colorful eels and many beautiful, colored reef fish not seen before. The water is really warming up and even I can stay in swimming for hours.

One our third day in La Ramada, we spotted the beginning of trouble in paradise. I noticed a lump on Rudy's hip and a spot on his neck. The next day, the lumps had burst open and Rudy had oozing sores. Concerned, I washed them out and disinfected them, but they seemed to grow by the hour. By the next day he had more spots on his head, another on his leg. We realized we needed help and pulled anchor. The decision was to either back track 26 miles to the vet in Loreto, or head 77 miles up to Santa Rosalia. We decided to head for Santa Rosalia. That day we rocketed along and made 42 miles in 6 hours, but decided to pull over early to an anchorage we knew had good southwind protection, instead of continuing on to another anchorage that we had not visited before. Since the waves and wind were so strong that day we decided to be cautious. It was a good decision. Later that night we heard another couple on the radio who had a very bad day trying to make it into the anchorage we had been contemplating, before they turned around and beat it back to our location. They were seasick, scared and exhausted by the time the dropped anchor next to us at sunset.

The following day the winds were down to 10-15 knots, and we jumped off to an early start. Our speeds were down with the wind so we kept a motor on to make sure we would reach Santa Rosalia before the vet closed for the night. We made it in time. Some of the first words out of the vet's mouth after looking at Rudy were, "You need to take him to a cooler climate. He has hot spots." Easier said than done, doc. Then he asked if Rudy had experienced any "Tick problems" lately. When we affirmed that he had recently had anaplasmosis, the doctor went on to tell us that he often sees hot spots on dogs who had the "tick problems". Rudy doesn't just have hot spots though, he has nuclear hot spots. He looks like a zombie dog, with huge gaping, oozing wounds on his neck and head. He's so depressed and in pain. Though our plans were to quickly leave Santa Rosalia, we will be staying until Rudy starts to get better. His head and neck wounds are still getting worse, even under a doctor's care. Currently Rudy is sporting a new shaved look over his entire body, a "cone of shame" to keep him from ripping his neck open scratching, and the saddest look you could ever stand. It's heart breaking.

For anyone contemplating becoming a cruiser, I have some words of advice. Think long and hard about taking "Fluffy" with you. Medical care is hard to come by, and many things can go wrong out here.
Posted by Just a Minute at 10:57 AM