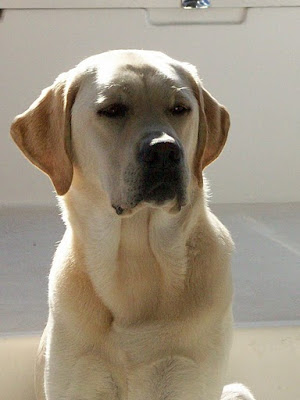 We are now in La Paz on the Baja Peninsula, awaiting the arrival of my sister for a visit. Our crossing from Mazatlan on the mainland to La Paz, was very good, we even had a light south wind to push us along instead of the north winds that have been dominating for the last few months. The crossing covered 225 miles and it took about 36 hours before we were anchoring on Isla Partida near La Paz.

Our crossing was also great since we saw two new sights. First, we are pretty dang sure that we spotted a blue whale on the crossing, close to the boat. Blues are very rare and are the biggest animal on the planet. At 110 feet average adult, they outsize the other whales by tens of feet. The back of the whale was about 20-25 feet across and he had the correct medium grey/blue color. We grabbed our whale identification book and saw that his dorsal fin was also correctly sized and placed in the right spot to be a blue whale. If they were any less rare, we would say we had definitely seen one, but it's like winning the Lotto. Some people do it, but your chances are pretty slim. Truly, it was an amazingly big whale!

And then, Patrick was on morning watch before anyone else was up. The seas were oily, flat calm and he noticed a large lump floating in the water, with birds hovering over it. He was curious and pointed the boat in that direction, but didn't slow the engines since that immediately brings everyone up on deck to see what's happening. Alongside the lump, he realized it was a floating hunk of flesh about four feet by five feet with large suckers on it - a giant squid piece? Then slowly rising to the surface under our boat toward the flesh was the snout and back of a HUGE shark. Patrick said the back was about four to five feet across for as far as he could see. He couldn't see the end of the shark because it disappeared into the blue, under the boat. We don't have a shark identification book, but I don't think many species get that big. Maybe a Great White? Patrick said his knees turned to jelly and then the boat had moved past since it was traveling at 6 knots. Can you believe he didn't wake me???? And he didn't turn around???? I gave him a bad time for that one, let me tell you! I would have loved to have seen that!

But back to the story of the Huichol God Wanna-Be. The Nayarit state which includes San Blas, has a very large population of indigenous Huichol people. The Huichols live in the distant mountains, but they travel down to the lowlands to sell their crafts and go on pilgrimages. The Huichols have their own language and religious beliefs. They are treated like second-class citizens in Mexico. In San Blas, there is a fairly small island (or a large rock) that the Huichol believe to be sacred. The island can be seen from the beach that is on the other side of the sand spit that creates the estuary. Since Rudy loves a good romp on the beach in the surf, one day Patrick grabbed Rudy, Jack and 3rd Day's Jason to go to the beach.

As Patrick's group was crossing over the sand spit from the estuary side to the beach side, they passed a group of Huichols moving in the other direction. They were pristinely dressed in their traditional clothing. They exchanged greetings and went on their separate ways. When Patrick got to the beach he let Rudy off leash and threw the ball. But Rudy went in the other direction, racing down the beach. Patrick followed in time to see him snarfing down bananas in the surf. Rudy adores everything about bananas - even the peel. All around Rudy bananas, oranges and other fruit were floating in the surf along with beautiful candles that had obviously only burned a short time. The Huichol had performed a ceremony and these were their offerings! Oh, the embarrassment! Thank (my) God that the Huichols did not see our idiotic, pure-bred Flabador Eater scarfing up their God offerings! It's just mortifying. After gobbling up all but the last banana, Rudy sat his butt down and waited for Patrick.
Posted by Just a Minute at 3:55 PM 3 comments: